In a day when biometric technologies are becoming more prevalent, face biometrics is being used in a variety of different ways.

Although biometric face technology is not used as often as fingerprint biometrics, it still is a popular choice and is used in numerous applications today.

Security systems that use this type of biometrics use a digital image or frame to identify and verify who the person is. Traditionally, this was done by algorithms that came from extracting certain features from the face of the subject in an image.

However, today a newer trend that is becoming quite popular is 3d face recognition. Here is a closer look at facial biometrics and important information you need to know if you're interested in this field.

All About Face Biometrics Recognition And Much More! 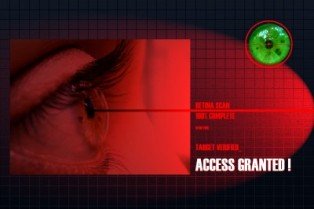 Biometric face recognition technology has been around for some time. Usually special features of a person's face are turned into an algorithm, which helps with the identification of the person with face biometrics. Often these algorithms use the shape, position, and size of the jaw, nose, cheekbones, and even the eyes. After these features are noted, the software then works to search the database for other images that have features that match.

Other biometric recognition systems use template matching techniques. In most cases, the recognition algorithms can be placed in two different categories. First, you have the photometric approach, which distills a picture into values and then compares them to others to eliminate those that vary from those values. The other is a geometric approach, which looks at features that distinguish each of us.

A biometric face security device is used to compare a video or image of a person and then it compares it to the photos in the database by use of biometrics. Proportions, shape, and facial structure are used to help determine this. Other things that many systems look at include the location of the eyes and nose, the sides of the mouth, the distance between the nose, jaw, mouth, and eyes, and even the cheek bone area.

When people are enrolled in a biometric facial program, pictures are usually taken at different angles of the person and often different facial expressions are used as well. For identification and verification, usually a person will simply stand in front of a camera for an image to be taken and then it is compared to the images recorded previously.

Of course, the one problem with this technology is that it is fairly easy for people to try to alter their facial structure by wearing a mask, or use some kind of disguise. However, in many cases, facial biometrics can be used effectively, especially when used with other types of biometric methods.

Iris biometrics is a totally different side of facial biometrics than facial recognition. The face is not considered with this type of biometric - only the iris of the eye. However, iris biometrics still uses cameras, much like other methods of face biometrics.

Cameras analyze the iris' random patterns, turn that into a statistical reference, and then compare it to samples to identify and authenticate the person. Iris biometrics happens to be one of the newer type of biometric in it's automated recognition form. However, it is also seen as the most accurate type of biometric as well.

Facial recognition biometric technology operates under the premise that every face has various landmarks that are distinguishable. Each face has valleys and peaks that come together to make up the features of each one of us some systems that use facial biometric technology that  looks specifically at the nodal points. There are about 80 different nodal points on the face, which include eye socket depth, jawline length, distance between eyes, cheekbone shape, and nose width.

When the nodal points are measured, a numerical code is created, which is known as a faceprint. The faceprint is used in the database to compare the face to other 2D images to accurately identity the person. However, with 2D technology, face recognition biometrics has a different time determining identity when images have varied facial expressions or light variances.

The benefit of this security option is that it can be used for general surveillance, which is usually done by using video cameras that are public. Of course, the success of this type of technology is largely based upon the imaging done. Images of low quality are more likely to end up with errors in matching than higher quality images.

When a biometrics face scan is used as a part of face biometrics, four steps are usually taken. First, there must be a sample capture, which occurs when the facial image is first introduced into the system.

Later you have to have feature extraction, a comparison template made, and then the matching process begins. When the initial biometric facial scan is done for the sample capture, usually several pictures are taken to include various expressions and different camera angles, which provides the most accurate matching.

Retinal biometrics is an area of face biometrics that includes only the retina of the eye. Special scans are done using infrared light to look at the retina's blood vessels and their unique pattern. This idea was first developed back in the 1950s and developed later in the late 1970s.

The benefit of retinal biometric technology is that it is very difficult to replicate or forge retinal patterns. This makes this biometric security measure one of the least compilable. However, security scanners for this technology are quite expensive and many people find that the security scanners are intrusive, since light beams are shown directly into the eye.

The newest security technology in face biometrics happens to be 3d face recognition. There are some downsides to simply using 2d facial recognition techniques. However, with 3d face recognition, the human facial structure is represented in a 3d geometric way.

These security methods are far more accurate than the 2d counterparts often used today. The rigid features of the face are measured with geometry, avoiding some of the big pitfalls with 2d face recognition technology. There is one limitation with this type of face biometrics - trying to acquire the 3d images in the first place.

Biometric facial recognition is quickly becoming a more popular form of technology used for security and other applications today. Here is a closer look at how facial recognition works, the benefits it has to offer and a few buying tips to help you out as well.

Return to the top of Face Biometrics

The Secret To Better Credit!

Do You Want To Take Your Credit Score To The Next Level?